After careful consideration with all parties involved in the organising of the Educate North Awards 2020, we have taken the decision to postpone this event to Wednesday 30th September . The awards will still be taking place at the Hilton, Deansgate in Manchester and any investment made will be transferred to the new date. It is vital we protect our teams and all guests at this time and we place no further burden on the brilliant NHS and other services. We know you will all understand and support this decision. We are in the process of informing all participants via email of this change. If you have any questions, please get in touch with Becky Mellor via email at becky.mellor@dontpanicprojects.com 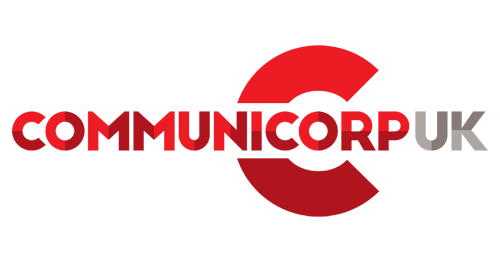 A new two year agreement to promote the Educate-North Awards on radio has been hailed as ‘ground-breaking’ and ‘innovative’ by one of the country’s most successful and recognisable academics Professor Sir Cary Cooper CBE.

Sir Cary, Professor of Organisational Psychology and Health at The Alliance Manchester Business School said that ‘Radio is one of the most powerful and accessible mediums on the planet and it is fabulous that we can harness that success to celebrate the world class achievements of the North’s University, Higher Education sector as well as excellence and improvement in the FE and Sixth Form sectors’.

The academic who has participated at Davos continued; ‘I salute Communicorp UK, the parent company of Smooth North West, Smooth North East and Heart Yorkshire for throwing its weight behind these highly prestigious and competitive awards and for using its airwaves, online presence and clear pulling power to back and promote a sector which faces huge challenges but which is vital for the growth and development of the region they serve – it is ground-breaking and shows them at their innovative best’.

The 2020 Awards will take place on the evening of St.George’s Day, 23rd April 2020, at the Hilton Deansgate Hotel in Manchester and the competition is now open for entries.

As part of the deal the radio stations will run advertising campaigns for the Awards and also encourage students, graduates and academics with bright ideas to compete on the night for a £1000 prize and the chance to turn their ‘bright’ idea into a business plan. The stations will also cover the results online and on air.

‘We are part of the communities we serve and these awards and initiatives are a platform to showcase success to the rest of the UK as well encourage research, investment, jobs as well as wealth creation in the North’ said Mark Lee, CEO of Communicorp UK.

‘We would like to encourage more ideas to promote entrepreneurship across the North’s education sector as well as to take time out to celebrate the enormous work and success which our institutions enjoy and only now are being fully recognised. We look forward to the awards dinner which was a fabulous standing-room only event in 2019’.

The Awards were created by the broadcaster Rob McLoughlin and are run in partnership with Prolific North and Don’t Panic Events.

« Return to the blog posts listing